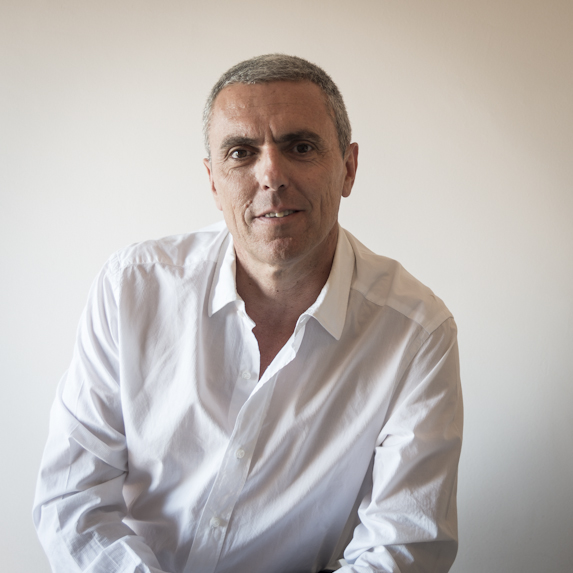 After working with several architectural studios, I took responsibility for the construction section of the Niebla Workshop School, where I worked for two years with artisan stonemasons, blacksmiths and carpenters. I graduated from University of Seville in 1990 with a Master’s in Architecture and began a private practice in 1991 with public and private commissions of different types and also participated increasingly in national and international architectural competitions.
Together with this, I am interested in research and study, which evolve in parallel to design, enriching each project with reflections from fields in which I am increasingly interested, such as vernacular architecture, the scientific contributions of biomimetics and the different expressions of geometry, computing and social sciences. Between 2009 and 2011, I took a Master in the Environment and Bioclimatic Architecture at the Madrid Higher Technical School of Architecture (Universidad Politécnica de Madrid UPM).

José Carlos Sánchez Romero
[Studio of Architecture]
was established in Seville in 1991. Since its beginnings, the Studio expressed its interest in different fields which reveal a polyhedral view of architectural work, which goes from interventions on the historical heritage, administrative, cultural and sporting buildings, singular architecture and social or private housing, to research work, conferences and publications.Some of these works have been specially recognised for their importance, such as the covered swimming pool in Martos, one of 16 buildings selected by the Green Building Council (GBCe), the Higher Council of Spanish Architectural Associations (CSCAE) and the Ministry of Infrastructure to represent Spain in the World Sustainable Building Conference SB11, held in Helsinki in 2011, for its remarkable application of bioclimatic principles, its sustainability criteria and its architectural quality. Also, the publication, together with several other authors, of the colossal compendium in two volumes, Cortijos, Haciendas y Lagares. Arquitectura de las grandes explotaciones agrarias en Andalucía, Provincia de Sevilla (“Farmsteads, Haciendas and Olive Mills. Architecture of large farms in Andalusia, Province of Seville”), a synthesis of the fieldwork and documentary research of almost a decade.

In recent years, the Studio has undertaken important commissions such as the renovation of the Teatro Moderno and the transformation of the Old Athenaeum in Guadalajara into the administrative headquarters of the Regional Ministry of Culture of the Government of the Region of Castilla-La Mancha, and projects such as the rehabilitation of the San Romualdo Castle as the new Museum of San Fernando and contemporary Exhibition Centre.

Regardless of the size, purpose or destination of each commission, each one is given a particular, rigorous focus with minute attention to every detail.